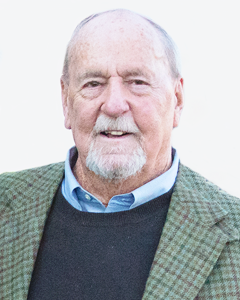 Any good baseball team knows that success is directly connected to the quality of their starting pitcher.

In business, the same concept applies.

Bob Lee Sr. was a star pitcher for Bradford High School in the 1950s along with his soon-to-be major league duo partner Bob Hartman. They were known throughout the State of Wisconsin as the best high school pitchers and brought Bradford High School many positive headlines.

After spending the previous decade aspiring to be a major league pitcher with several Milwaukee Braves minor league affiliates, Lee Sr. had to give up his baseball dream because of an injury. “Ol’ Lefty” hung up his glove and, with the encouragement of his wife, Natalie, started Lee Plumbing in 1976 in the basement of the Kenosha home they shared.

Lee Sr.’s keen business acumen surfaced early on, and his comedic personality paved the way for the business to be successful. As a result of the seeds that he planted, Lee has grown into the multi-million dollar plumbing, heating, cooling and electric operation that has become the “go-to” contractor for major projects throughout the Southeastern Wisconsin

While building Lee Plumbing, Lee Sr. continued to whet his appetite for baseball by successfully leading an effort that attracted the Minnesota Twins Class A minor league affiliate to Kenosha in 1984. Lee Sr. left the company at that time to become the full time General Manager of the Twins and during this time with the Kenosha Twins was voted the GM of the year in the Midwest League in 1987. That team brought cheers from Kenosha crowds at Simmons Field for nearly a decade before moving to Fort Wayne, Indiana.  After the sale of the team Lee Sr. retired from baseball and moved out to Burlington with his wife Natalie who passed away in 2016 . In 1984, Bob Jr. at the age of 24 continued forward taking over the company with the one other worker Lee had at the time, his brother and best friend Mike!

Lee Sr. , kept busy in Burlington, helping out as a pitching coach for Burlington Catholic and Burlington High School, and was a part of numerous State baseball championship teams,  but he can still be found at times back in the Lee offices on 60th street in Kenosha staying in contact with the Lee team, past clients and once in awhile stopping at one of the many projects Lee has going on in the area. A lot has changed since the start in 1976

He stays active in the community and has retained his love of baseball through the years, most recently with his state championship winning Burlington Demons, where he volunteers as the pitching coach.

Lee Sr. was a great pitcher. He also built a great company. Many Kenosha families continue to benefit from the work he did forty some years ago. Since being established in Southeast Wisconsin, both Lee Sr.’s business and baseball legacies continue to grow.