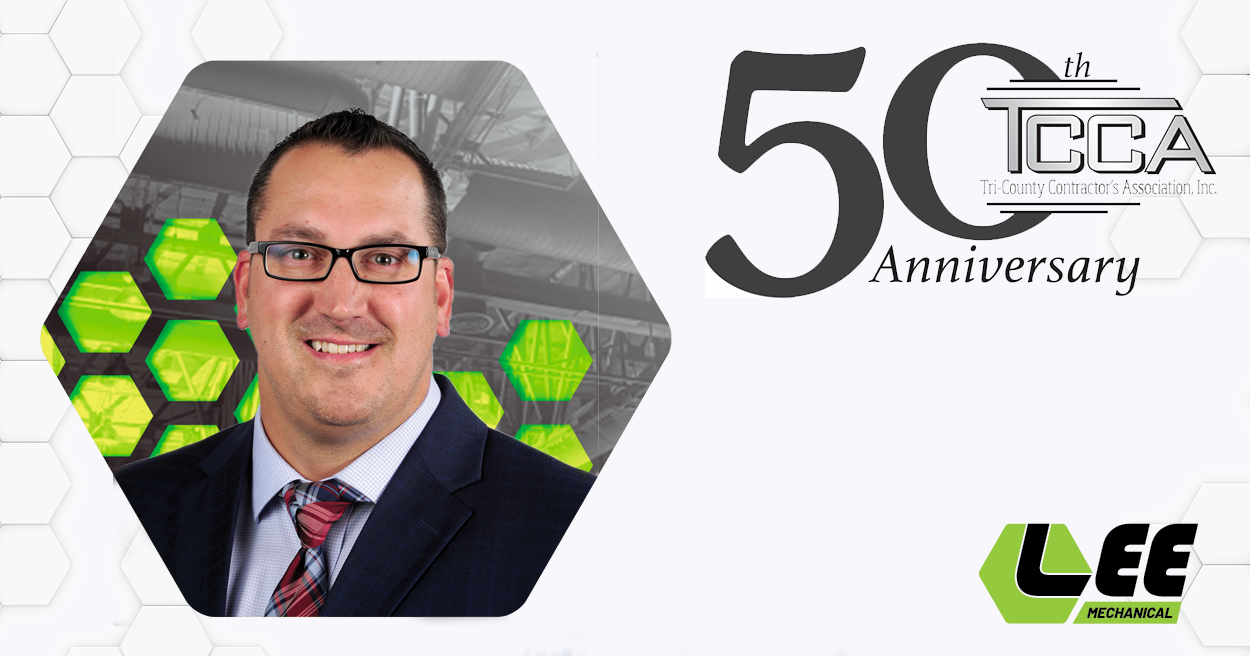 The Tri-County Contractor’s Association was formed in 1971, and in its 50th year, our very own Frank Ruffolo, Lee Executive Vice President, was named President of the Board of Directors. “I am honored to serve as the TCCA president during this prosperous time in Southeast Wisconsin and look forward to advancing the organization into the future,” said Ruffolo, who has served on the board for 13 years.

Frank Ruffolo knew early on that he wanted to follow in the legacy of electricians in his family, so he immediately began his apprenticeship with Local IBW 127. Ruffolo worked his way up the ranks in his hometown of Kenosha from truck driver to material handler, to apprentice, then a foreman, and finally a project manager. Today he serves as the Vice President and is a Principal for Lee Mechanical.