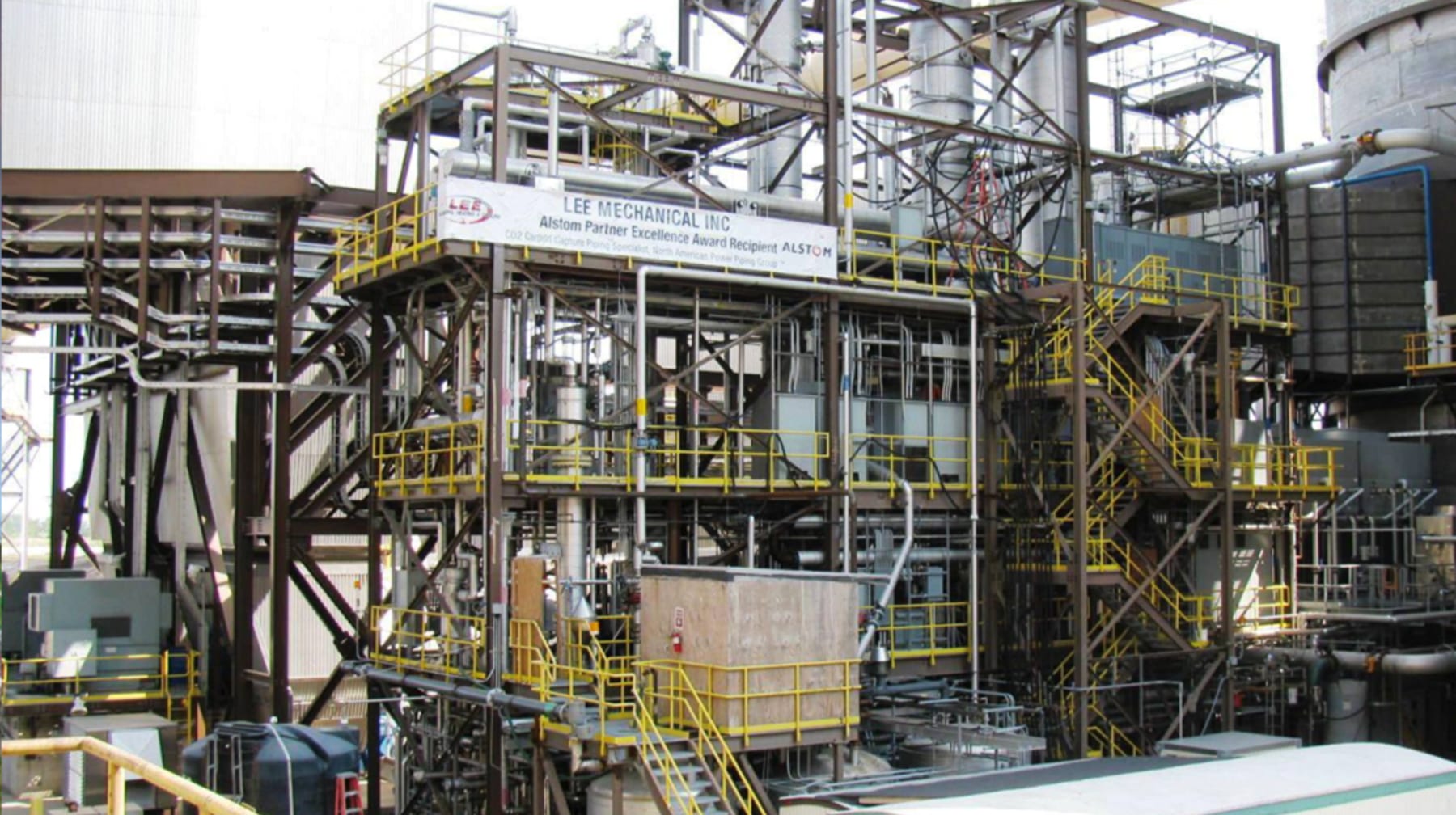 We were honored to be a part of this research and development project on carbon capture and to receive the 2009 Alstom Power Partner Excellence Award. Lee was selected to pipe this plant which was the first carbon-capture plant in North America. This prototype plant took eight months to build with our team working seven days per week. Thousands of feet of stainless steel piping were installed by dozens of craftsmen working with numerous gas systems.

In the second phase, we stayed on-site for approximately two years. Under advisement from Alstom, our pipefitters and electricians constantly changed the systems while Alstom engineers did all of their planned research. At the project completion, once Alstom collected as much data as they needed, we were instructed to tear the facility down. There is no trace of the four-story structure left. 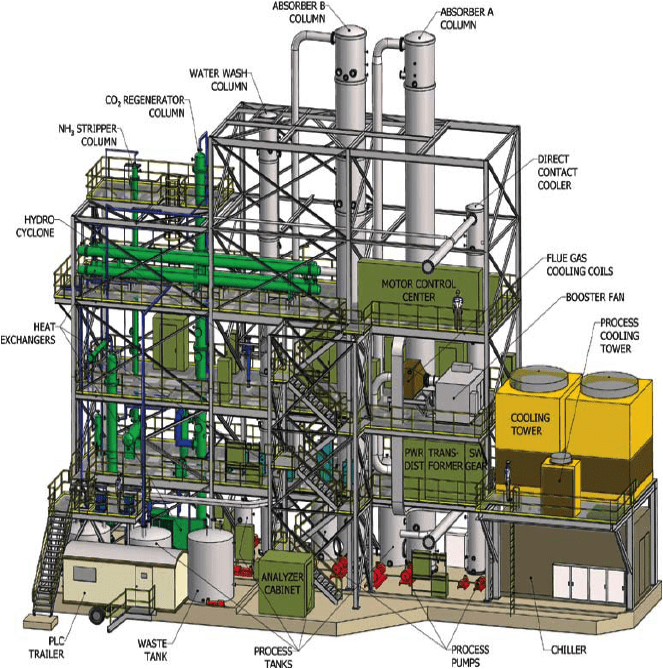