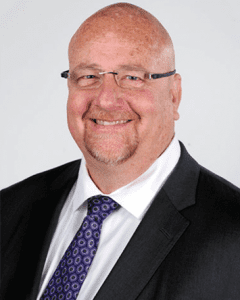 Bob Lee, Jr., joined the Lee team in 1977 after graduating from Bradford High School, Kenosha, WI. Joining his family’s business was a proud moment for him, and it was a significant change from his duties of “guarding the secret recipe for Colonel Sanders” at KFC.

Taking advantage of his work experience as a plumber’s apprentice with his family’s company, Lee gained his Master Plumbers Certification and became a state-licensed designer of plumbing systems. His hard work and dedication paid off when he took over the company, from his father, in 1995. His love of the company is only surpassed by his appreciation for the team he works with. “They are a group of hardworking and dedicated men and women. I am proud to work with them every day.”

Lee continues his family’s history of community involvement with his work with the Boys & Girls Club of Kenosha, where he collaborated closely with Joe Madrigrano in creating the Shirley Madrigrano & Natalie Lee Performing & Visual Arts Foundation. Along with promoting community outreach and support within Lee, he also serves as a board member for the Froedtert South Hospital Systems, the Board of Trustees for Carthage College, and the Somers Planning Commission.

When not working with the Lee Mechanical team, Lee can be found enjoying his spare time with his loving wife of 30 years, Linda, and their three children: Austin, Emma, and Colton. Lee believes that his success is due to his family’s support and keeping him grounded in faith and hard work. In addition to spending time with his family, Lee enjoys a round or two on the golf course.